Did you know that women tend to save more money than men? Studies show that women make up 70-80% of all purchases. They are also more likely to save for a savings or CD account, and they’re more diligent about paying off debt. However, this doesn’t mean that men don’t spend more than women do. Whether you’re looking to build a nest egg or pay off debt, saving money is an important part of financial security.

While women are a little more educated in financial matters than men, there is still room for improvement. Women are notoriously risk-averse, and they are less likely to take risks for rewards. As a result, women save more money and invest less. That said, a recent study found that women are starting to catch up when they realize their husbands will likely die soon. Researchers at the Federal Reserve found that when a woman’s husband dies, her financial literacy levels were just as good as those of a man. 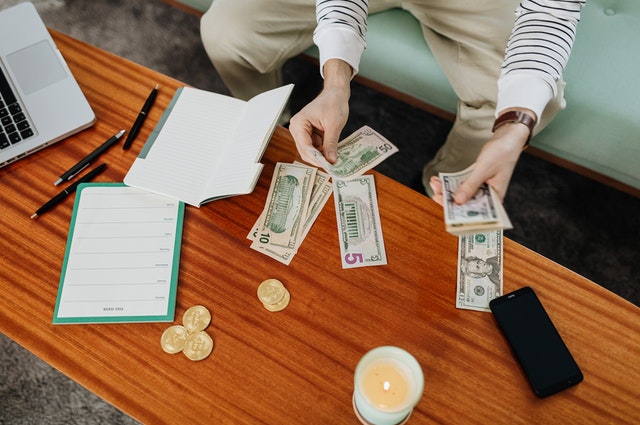 Researchers have observed that women are less prone to engage in risky investment behavior. This could be attributed to their risk-averse tendencies and differences in career choices. For example, only 36% of female MBA students go on to pursue careers in finance, compared with 57% of their male counterparts. Possibly, these differences are attributed to different cultural and social expectations, but some research has indicated that biological differences may also be important.

In a recent study, asset managers representing more than $60 trillion in assets under management responded to a questionnaire asking about gender-inclusive investment and how they are trying to attract more female investors. The research found that the investment industry continues to be geared towards male customers and identified several ways to attract more female investors. It also identified some key issues that affect women’s ability to invest. In addition to the study’s findings, the asset managers themselves acknowledged that women have a greater need for education and training on investing than men.

Among other factors, women are more likely to invest in companies that share their values. More than half of women would invest more if the impact of their investment was aligned with their values. In addition, 53% of women would invest more if the investment fund they were invested in had a clearly defined purpose for the good of society. As a result, investing for the future goes hand in hand with female empowerment.

Moreover, studies have indicated that men’s risk-taking behaviors are influenced by the presence of women. However, the role of prenatal testosterone exposure in this process is unclear. The researchers also found that men who had lower 2D:4D ratios became impulsive in the presence of women, whereas those with higher levels of testosterone did not change. This suggests that men who had lower levels of testosterone may be more prone to risky investment behavior when women are present.

More Likely to Have A Savings or CD Account

A study by the Federal Reserve found that women have more money saved in savings accounts than men. Compared to men, women had an average CD balance of $2,925, while men had an average CD balance of $6,187. This difference may be due to women’s preference to keep liquid assets more accessible, like cash. However, saving habits are still a big difference between men and women. In 2016, women kept nearly 45 percent of their liquid assets in savings accounts, whereas men had only 43%.

CDs typically offer higher interest rates than traditional savings accounts. Some CDs are even higher than money market accounts. However, the longer the term, the higher the rate. CDs for less than $100,000 earn 0.39%, 0.56%, 0.76%, and 1.00% over six, twelve, and 36-month terms, respectively. However, this difference becomes even greater when we compare women with men in the same income bracket.

Despite their smaller incomes, women save a larger portion of their income. Men, on the other hand, often make more and invest more aggressively, so they have more money in savings than women. Saving a larger percentage of income in a savings account also means that you can lock in high rates over years. But women may need to change their mindset if they want to accumulate wealth.

The whole idea of installing concrete floors is fascinating. These floors are virtually maintenance-free and they give a great look to the house. They are easily available in the market and you can find a number of manufacturers who are ready to provide these floors at a certain price. This price depends upon the quality […]

Anyone that likes going on a great metal detector hunt is going to understand exactly how the ocean has always kept some kind or maybe allure over us. The point is that investing within the different metal detectors meant to let you hunt under the water is a thing you are able to very easily […]

Social networking is undeniably a key avenue for small businesses today. Long are the occasions of newspaper and telephone book ads. Nowadays, a business’s most effective advertisement is effective and free. There are lots of outlets that a business is able to pick from and a business doesn’t have to stick to just one. The […]

How To Prevent Ticks And Fleas On Cats

Different Room Cooling Options and How to Implement Them

Benefits of Neon Lights and How to Make Your Own